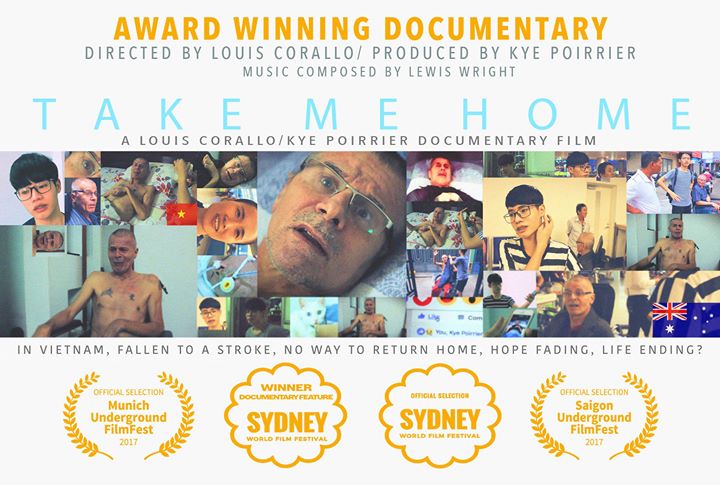 We are excited to screen Take Me Home, a documentary filmed in Saigon by Louis Barber Corallo!

Winner of Best Documentary Feature Film at the Sydney World Film Festival, the film Take Me Home follows Kye Poirrier; a brilliant Australian English teacher who fell to a stroke when he was teaching English in Vietnam. The film explores Kyle’s relationship with his carer, and how he struggled to get home to Sydney when the Australian embassy and his health insurance abandoned him at his most vulnerable time.