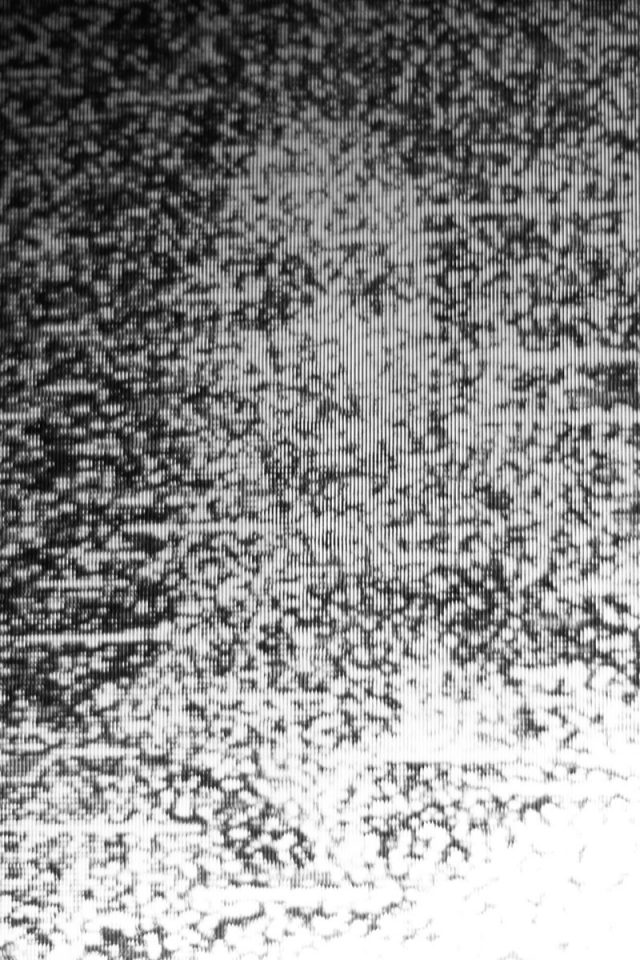 Photography to you means: A reflective process of observing, documenting, and creating the world around you.

When I frame the image: I position visual artefacts and anomalies crawling across TV screens in a rectangular box.

A camera is: A sometimes unnecessarily complicated device for drawing with light.

I watched the ghostly faces morph on the TV screen as I got electrocuted through the rabbit ears in my hand. The faces trespassed through me in one jolt. I had been moving the antenna back and forth and side to side like a kind of superstitious ritual. I took a picture of a distorted face on the screen just before I was shocked, an image my friend later described as a ‘horror-struck female pharaoh atomised in a digital matrix’. That was the last photo I took in the electrocution room. I was dazed for a while, counting my luck and pacing back and forth in a small Airbnb on Nguyễn Cư Trinh Street in Saigon.

I moved here in January from Perth, Western Australia. When I arrived I couldn’t help but gawk at the way that the streets’ electrical cables were wrapped around utility poles like seething masses of venomous vines. At night, a flickering red glow from a sea of motorbikes complimented the vines’ danger and allure. There was a similarly messy jumble of cords growing around the analogue TV where I was working. I thought maybe I’d created a bad omen. My girlfriend had warned me about it; the electricity in our room wasn’t grounded properly and we’d both been zapped a few times through our laptops. I only got electrocuted once before I moved out of the Airbnb.

I took about 50 pictures before it happened and then I narrowed them down to a smaller series named Ghost. As a photographer, I explore serendipity as a generative device and embrace the technical instability of broadcast technologies. I use TVs from various eras, different antennas, a digital camera, and a good dose of superstition and a chance to make my pictures.

I see this process as a kind of ‘photographic archaeology’ whereby I’m trying to unearth something psychological within a fractured and distorted video landscape. I don’t always know what I’m trying to achieve, so for me, the process informs the result and it comes down to experimentation and inquiry.

I took a picture of a distorted face on the screen just before I was shocked, an image my friend later described as a ‘horror-struck female pharaoh atomised in a digital matrix’.

To create Ghost, I transformed video footage from free-to-air Vietnamese television channels into a photographic sequence. I tuned into public TV stations and manipulated and distorted the video broadcast by moving around an antenna in one hand as I took pictures with the other. I deliberately introduced a lot of video transmission errors and took pictures up close to different parts of the footage as it was morphing and undergoing a process of disintegration in real time.

In a way, I am ‘scrambling’ video and then working from that to create new pictures. When I’m up close to the screen, faces will appear ghostly and distorted through the camera and are completely unrecognisable from the originally intended broadcast.

Each TV has its own idiosyncrasies: modern, high-definition technology combined with digital stations will produce a strong ‘macroblocking’ effect, which is a kind of transmission error where there’s a discontinuity between the blocks of pixels in decoded video frames. The video breaks apart into bars and squares and everything becomes rearranged and distorted. Severe broadcast transmission errors on modern TVs will also feature strong pixilation, and the transitions between each error will be very unpredictable and sudden.

When a video signal is interfered with or interrupted on older analogue TVs, the visual anomalies will be different, more soft and ghostly. The video breaks up and disintegrates in a different way as well. For example, everything appears ‘grainy’ or film-like due to the inherent lack of definition.

When I shot Ghost, etched lines and scratches would appear in the photographs and comet-like artefacts trailed across the footage, unlike experiments I did with newer TVs.

For a while now I’ve found video codec errors visually interesting. So with Ghost, there are a lot of signal interference anomalies, aliasing and tracking errors, and other visual artefacts that manifest unpredictably during my creative process. There’s a lot of randomness, disintegration, and transmutation in these works. I can never go back and take the picture again as it’s an organic process where I’m actually photographing the video footage on the TV as it’s mutating.

I see value in running scripts and altering the code in post-production to create glitch art but I prefer this organic approach because of how physical, ephemeral and unrepeatable it is. Quite often technical errors in video and photography are dismissed as undesirable, whereas I try to embrace technical errors and visual anomalies as a way to create new things.

I can’t say I ‘fell in love’ with photography, I just fell into it. Growing up in rural Western Australia, my mum had an interest in photography and there were always cameras lying around the house. This was a time before everyone had a camera in their pocket, so to me it seemed cool and interesting. It’s a common situation I think – a lot of the time you become interested in what your parents are into and you make use of what you have access to.

Photography was a way for my mum to document our family holidays along the southern coast of WA, and to take pictures of my sisters and me as we were growing up. Cool bikes, toothy toddler grins, and beloved pet cats frozen in time on tacky checkered lino floors.

As a young boy, my first camera was probably one of those Kodak single-use film cameras that you could buy from supermarkets. Those cameras had charm in that they were an irresistibly bright yellow colour and they came in a similarly garish box; they almost leapt off the shelf and were strategically placed near checkouts to encourage impulse buying. They were kind of like the camera equivalent of a Kinder Surprise or a Chomp bar. I liked how faux-mechanical they were, with their shitty plastic cogs and whirring sounds.

Once I got hooked I started to care more about my pictures and considered saving my pocket money for a more reliable camera. I knew my pictures weren’t that great even though no one told me outright. But I kept taking them. More often than not, the pictures went to the ‘could be better’ shame pile. I still feel the same way now. I’m never really happy with my photos.

In high school, my English teacher gave me a book of Pulitzer Prize-winning photographs, and I remember thinking it was an astonishing cross-section of everything incredible and awful about humanity. These images left a deep impression on me so my interest in photography developed further. There is mystery, humour, triumph, love, suffering, irony, beauty, terror, chance, error, and banality in pictures.

A picture can make you cry or laugh or groan or sigh or gasp or say nothing. Or it can make you reflect upon your life or scare you or annoy you or confuse you or bore the shit out of you or make you wish you were exempt from humanity. You can take a picture of something from countless angles and dance around a street scene like a crazed firewalker or stroll down a train carriage with a selfie stick as you crane your neck out like a flamingo. Or you can take a picture of your feet at the end of your bed and hashtag the shit out of it before you eat breakfast.

Photography can be anything you want it to be. I find it interesting to try to make sense of the world through a viewfinder, deciding what’s important to show and what isn’t. And how that changes over time. And how you view the world differently as you get older and presumably wiser. I’ve had an on and off relationship with photography for the last five years. I went through clichéd bouts of frustration and inspiration, and put my camera down for a short while.

A photographer once told me that photography is supposed to be a miserable lonely endeavour, and will eventually kill you. In 2016, I studied photography at university and went on what I can only describe as a photojournalism ‘boot camp’ in China, which was really challenging and inspiring and gave me some new insights as well as some amazing stories and memories.

I can’t say it killed me but there were some hairy moments walking around late in Shanghai, such as getting chased by an angry and unwilling photographic subject. Lately, I’ve been enjoying the experimental and bizarre side of art photography. I’m inspired by the creativity of the Surrealists and Dadaists, and by contemporary photographers like Asger Carlsen and Roger Ballen, who are exploring the fringes of their psyches and pushing the medium to its limits by toying with photographic conventions, and by doing strange and wonderful things with photography, sculpture and drawing.

I enjoy the absurdity and transgression of their photographic worlds. It’s often tongue-in-cheek, like you’re looking at a picture and thinking, ‘what the fuck is going on’ and you can’t help but laugh.

But it’s never one-dimensional because you’re looking at all the layers in an image for a long time, and it bounces around in your mind for weeks. While it’s a far stretch from the documentary photography that initially inspired me, experimental contemporary photography has encouraged me to explore my own ideas and creative processes and to value the medium more greatly as a way of expressing abstract and artistic ideas.

At the moment I’m working towards a solo exhibition and I have a few photography projects in the works. I’m also open to collaborations with other artists, so feel free to get in touch via my website.