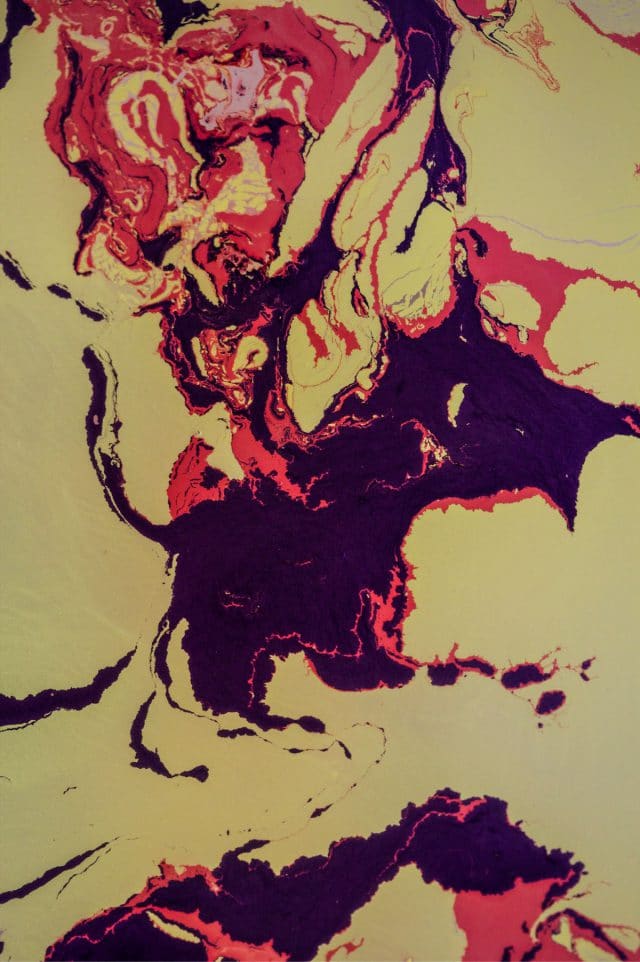 Photography to me is a form of self-expression, whether it is the recording of an image in an unusual way, or as at present sharing a different form of art.

When I frame an image I do so after evaluating carefully the subject and its surroundings to create the maximum impact.

The camera to me is a mechanical instrument, which can be manipulated to create a variety of effects.

My search for a new process continued, with many disappointments along the way until I found what I now call Chromography.

I’m Les Roberts, originally from North Wales in the UK. My earliest recollections are of my accomplished father’s passion for cine photography. Possibly because of his passion I became interested instead in still photography. The work of Ansel Adams enthralled me. Over time I came to reflect on the power of still photography. All the iconic events in the recent history of the world are frozen in time in photographs. The moving image is for me a transient affair.

In my youth the local mountains beckoned me and armed with my Voigtlander I started taking rock-climbing photos. At the age of sixteen, I had my first home processed print published in a boys’ monthly magazine. I met many skilled photographers who were generous with their advice. One great influence on me was a dear friend, the late Wally Nelson A.R.P.S. He showed me how to keenly observe my surroundings wherever I was. I remember him telling me, “When looking for a shot walk from right to left you will see much more.”

I am still doing so when out and about. I also developed an urge to create something different, often spending hours experimenting.

I tried many forms of photography, but it was macro that really appealed to me. Sitting in a bank of wildflowers patiently waiting for that elusive butterfly to appear became a regular event. This process was, in fact, my only use of colour film apart from family photos. All my other photography was in black and white.
Later while working with disabled children I introduced them to photography, including printing their own black and white photos. The impact on their self-esteem was tremendous.

While working in education I was also chairman of the local photographic society several times and a tutor for the British Amateur Photographers Association. At about this time I was persuaded to shoot a wedding for some friends. The shots were ok, but it was an experience never to be repeated. When it was over I felt like a hack or worse.

My search for a new process continued, with many disappointments along the way until I found what I now call Chromography.

It all started when I spilt some paint into a bowl of water. As I looked I could see a reaction taking place. I watched and saw something totally new unfold. I then began to experiment in a more structured way. It is a process that is both rewarding and frustrating.

Using just one colour quickly led to the introduction of several colours. Pushing the boundary further I started to combine different paints that were incompatible.
Experimenting with different chemicals and fluids a further discovery emerged.

Different fluids, which I now refer to as active agents, react in different ways. Some have minimal effect, while others can be more active. This activity can be aggressive, causing different paints to react in ways that show they are trying to overcome one another.

Others can have a calming effect on the combination of incompatible paints with active agents. These fluids range from chemicals to liquid household products.

Throughout the interaction between the elements, changes can be seen to develop. This is in the form of movement. Regular observation is necessary to capture and record the changes. This process can take hours, days and sometimes weeks. The purple and red example included as part of this introduction took six weeks to mature. After maturation, the decay sets in and the image is lost.

A further development is the use of different materials as a base for the colours. The range involves silk, nylon, embroidery, plastic-based material, a range of papers including some that are waterproof. Then there is a range of card with different finishes.

An essential element of this process is the addition of active agents. The base material can be soaked in such an agent. A variety of paints are used again with some being injected with a change agent. Again movement can be observed, especially when adding thin colouring to thicker paints. Using one layer on a Perspex or plastic base quickly changed into developing tiers of different materials, some dry and some soaked with different types of change agents.

The variations available are only limited by my own imagination. I have already combined processes and materials that were unlikely stablemates.

I believe I am creating a unique form of art. That might sound pompous, but if you do not believe in yourself nobody else will. What drives me is the desire to push the boundaries further. I plan to work more with plastics including Mylar. I have also just scratched the surface with the use of a limited range of woven materials.

Nothing excites me more than visiting craft and art shops. I collect a range of unlikely materials and then spend hours investigating the possibilities. The camera is the record of my successes and failures. I retain failures for study and, perhaps move on to success.

Chromography is not a process of painting by me. A combination of the elements used to activate the process. I, therefore, do not consider myself an artist. A brush is never used.

Fluids and paints are injected onto, or into the host by hypodermic syringes, sometimes with needles, sometimes without, together with some tiny squeezy bottles and droppers.
All chemicals and applicators are bought over the counter from my local pharmacy.

I have experienced a lot of frustration during my journey of discovery. Most importantly I have never given up. I have always ‘thought outside the box’, and I believe in doing so I shall continue. I live alone and this has allowed me to turn my apartment into a workshop and utilise the spare bedroom as a storeroom for the considerable range of items that I keep available for further development.

Above all, I would advise others to follow their dream. Create their own images and never cease to learn from your experience or from the advice of friends.

A small selection of my work, which is regularly changed, appears on Facebook:
Les Roberts Chromography Wall Art Vietnam.

Marketing is through either myself or Creative Images Studios Saigon. The latter also displays my work.

A standing exhibition, which is changed regularly, is found at:
Eden, R3-85 Khu Pho Hung Phuoc 1, Phu My Hung, HCMC.

© Copyright 2018 – 2022. All Rights Reserved.
This site uses cookies. By continuing to browse the site you are agreeing to our use of cookies.Ok