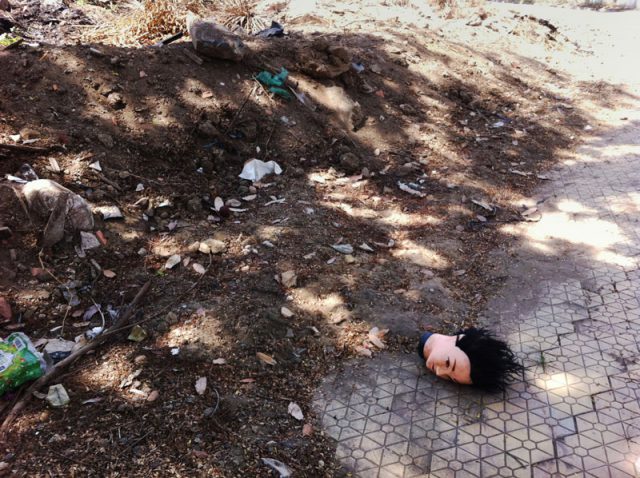 When I create: I feel calm.

When I frame the image: I only display paintings at home or friends’ photographs, not my own.

A camera is: A tool.

I was born in Taiwan but left when I was around six during the martial law period. Leaving the country then was very difficult and we had to pretend we were going on summer holidays when in fact we were leaving everything and everyone. The first stop was the Philippines, followed by USA briefly before settling in Chile and Argentina, where I formed an identity.

However, we left after three years for Bolivia to obtain residency on the way back to the USA. In case my parents did not find a way to stay in America, we had the option of becoming Bolivians and find a way back to Argentina. My parents were not in the military nor were they diplomats or corporate executives. There was no plan. We simply moved where they knew someone.

My brother and I went to all the local schools, about 15 of them in 12 years. Needless to say, the constant change was very difficult, particularly for a shy child, but I always found a way to cope.

I returned to Taiwan when I was 20 and didn’t want to move or travel for fourteen years. Then in 2005 I moved to Copenhagen, where I met a group of very talented photographers and photojournalists, some world-renowned, helping each other until the early morning hours, whilst competing for the same award. It was a true inspiration for not only photography but seeing how they’re helping each other made them all stronger.

I was inspired by these passionate people with talent, generosity and kindness. I started my journalistic career as an arts columnist for SCMP after years of writing English learning textbooks in Taipei.

In 2005 I moved to Copenhagen, where I met a group of very talented photographers, some world-renowned, helping each other until the early morning hours, competing for the same award.

My first camera was the Keystone spy camera bought at a garage sale at 14 in the suburbs of Atlanta. There were one button and one dial. All pictures came out grainy and soft. I loved it. I’ve been a visual person ever since an early age, either drawing, painting, or making things with my hands. It’s just something I’ve always liked doing. Photography was not my first choice of medium. I started out painting and enjoyed that very much.

But with photography, I liked the idea of freezing real life and people to study later. It’s a preservation of sorts, and that’s important for someone who’s moved as many times as I have. Before I’d stumbled upon the site where I made the pictures for Discarded, I had never seen such a large area of destruction and wondered what was left in the rubble, what sort of things people left behind. Curiosity made me explore. The photographs are simply a way to weave a story based on the evidence of daily life. I didn’t face any obstacles while working on this project. The area was open when I started the project in 2010 in Ho Chi Minh City, District 2.

I am currently working on several personal projects and plan to continue doing more, plus exhibitions and meeting new friends along the way. My book on the Chungking Mansions—The Last Ghetto of Hong Kong will be launched this October in Hong Kong, then the UK in November and the USA and Canada in March 2019.

I will be doing a book tour and giving talks about my work along the way. My advice to aspiring photographers is to keep working if it feels right, despite what others say.

Sometimes, a project takes a long time before you’re clear about its message. It is a visual thinking process. The key is to keep going and look after your health. The hardest assignment was covering a student political protest for The Observer Magazine. It was hard to watch young, passionate protesters being taken away by police.